Opportunities to savour 300PS in a compact, quattro all-wheel-driven Audi will soon be fourfold as the new S3 Saloon joins its three-door and five-door Sportback counterparts and the new S3 Cabriolet waits in the wings. The latest ‘three-box’ version of the sub-five-second-sprinting, 155mph addition to the Audi S quattro Series is now available to order priced from £33,240 OTR, and first examples will reach the UK in March 2014.

A brand new long-stroke 2.0-litre TFSI engine which shares only its 1,984cc displacement with its predecessor is at the heart of the new S3 Saloon. Peak power is available at 5,500rpm, and peak torque between 1,800 and 5,500 rpm, and when linked to the S tronic twin-clutch transmission the S3 Saloon can use these to deliver a 4.9-second sprint to 62mph on the way to a governed 155mph top speed (5.3 seconds with the manual transmission). Combined fuel economy stands at 40.9mpg (manual 40.4mpg).

The powerful four-cylinder engine bristles with new technologies which help to push the S3’s boundaries in terms of both output and economy. These include the use of both direct and indirect injection, the integration of the exhaust manifold into the cylinder head and the use of innovative thermal management for faster warm-up. Two balancer shafts rotating at twice the speed of the crankshaft optimise refinement, but thanks to an electromechanical actuator in the bulkhead the cabin is filled with just the right amount of sound, with just the right sporting tone. The exhaust system also includes a sound flap that opens at certain engine speed ranges to give this even greater depth.

Despite its complexity and high output, the new 2.0 TFSI weighs just 148 kilograms – more than five kilograms less than the previous engine. This reduction, combined with the trim body with its ultra-high-strength steel passenger cell and light aluminium bonnet, wings and front suspension subframe, helps to pare weight back to as little as 1,430kg (manual version, without driver), considerably less than premium sector competitors.

Thanks to the modular transverse platform (MQB) which underpins the all-new A3 and S3 ranges, the front axle has shifted forward 52 millimetres compared with the previous model. This works in favour of axle load distribution, which at 59% to 41% front-to-rear promotes impressive handling balance.

Agility and composure are of course also aided by sophisticated MacPherson-based front and four-link rear S sports suspension, by the latest incarnation of the multi-plate clutch-based quattro permanent all-wheel drive system, and by standard fit Audi magnetic ride. This electromagnetic damper control system uses pistons in which synthetic hydrocarbon oil containing microscopically small magnetic particles circulates. A coil constantly applies a voltage to these particles, but when the three-mode system is in its Sport setting this voltage is increased, forcing the particles to align perpendicular to the direction of flow of the oil, impeding its flow through the channels in the pistons and noticeably tightening cornering attitude.

New variable ratio progressive steering also delivers improved weighting and feedback in all situations, and helps to improve efficiency by demanding no power from the alternator in the straight-ahead position. The brakes with their S3-branded black front calipers also enhance the driving experience by delivering the firm but progressive pedal feel expected of an S model.

Audi drive select is also standard in the new Audi S3 Saloon. It allows the driver to alter the characteristics of the throttle pedal response, the boost of the progressive steering, the shift points of the optional S tronic transmission and the configuration of the magnetic ride system at the touch of a button. A choice of comfort, auto, dynamic, efficiency or individual modes is available, and in the latter, drivers can compose their own preferred profile within certain limits.

The capabilities of the new S3 Saloon are subtly conveyed by its body through time-honoured S model hallmarks such as the S-specific single-frame grille and front bumper, aluminium-look exterior mirrors, pronounced side sills and a redesigned rear bumper incorporating a platinum grey diffuser and cut-outs for the exhaust system’s four oval tailpipes, which feature chrome tips.

The standard xenon plus headlights with their LED daytime running lamps can be upgraded with adaptive swivelling cornering lights for improved corner illumination, or replaced by optional LED headlights, which were previously only available in full-size models. Their low beams are generated in two free-form reflectors with a total of nine high-performance LED chips, and their high beams by ten LEDs in the matt aluminium trim.

The exterior’s sporting overtones are of course carried over into the interior. Its controls are clear and intuitive, as in every Audi, and quality is exceptional. There is a generous supply of passenger space achieved with the help of the 35mm longer A3 Sportback wheelbase, and the boot’s carrying capacity amounts to 390 litres with the seats up – 50 litres more than the Sportback. This capacity can be increased by folding down the split rear seat backs. The boot lid automatically swings upward when the release button on the key or the touch pad on the lid is pressed.

The instrument dials are grey and the needles white in time-honoured S quattro fashion. The rev counter includes a boost pressure indicator, and between the dials a driver’s information system with rest recommendation supplements the 5.8-inch power-retractable on-board colour monitor with its special S3 welcome screen.

The new S3 Saloon can be equipped with all of the exceptional mobile infotainment and driver assistance solutions available across the range, including the option of in-car internet-based services delivered using the superfast 4G/Long Term Evolution data transfer standard.

The new fourth generation or ‘4G’ technology marks a very important step in the evolution of the Audi connect system, which networks the car with the driver and the Internet. In the future it could also provide an interface with the infrastructure and with other vehicles.

4G/LTE considerably broadens the scope of what is possible with in-car ‘infotainment’. This most advanced of mobile communication standards is currently available on a relatively small scale in the UK, but is gradually being rolled out on a larger scale. It enables the transfer of large amounts of data, such as music and films in HD quality, via the Internet.

In the Audi S3 Saloon, the MMI navigation plus uses 4G/LTE to deliver the many services of Audi connect to the driver – from navigation with Google Earth and Google Street View to Audi music stream web radio and online traffic information. Facebook and Twitter social media platforms have also been made vehicle-friendly with a text-to-speech function and a status function with prepared text modules. The ever expanding list of features also includes a fuel station locator which incorporates distance and pricing information, and a local parking availability and pricing function.

To use LTE, MMI Navigation Plus with Audi connect is required – available as part of the Technology package – and a suitable SIM card with a data flat rate simply needs to be inserted into the appropriate slot in the glovebox of the Audi S3 Saloon. When the passengers connect their mobile devices to the WLAN hotspot integrated into the car, they can surf the web independently of one another.

Audi has designed a variety of infotainment elements for using the new services, topped by MMI navigation plus with MMI touch.The high-end system boasts a super-flat, power-retractable, seven-inch monitor and a touch sensitive pad integrated into the rotary pushbutton.The Audi Phone Box connects mobile phones to the vehicle in a convenient way, and the sound system from Bang & Olufsen offers exceptional sound reproduction, with LED light guides accentuating the woofers in the doors.

The optional assistance systems in the S3 Saloon have been adopted from larger Audi models. The range begins with adaptive cruise control, which when combined with the safety system Audi pre sense front brings the car to a stop autonomously from speeds below 19mph, and continues through Audi side assist, Audi active lane assist and camera-based traffic sign recognition to the park assist system. 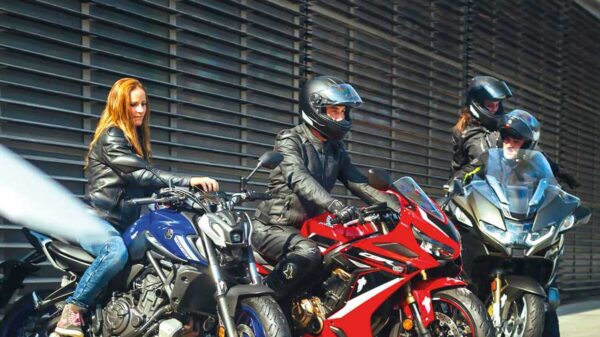 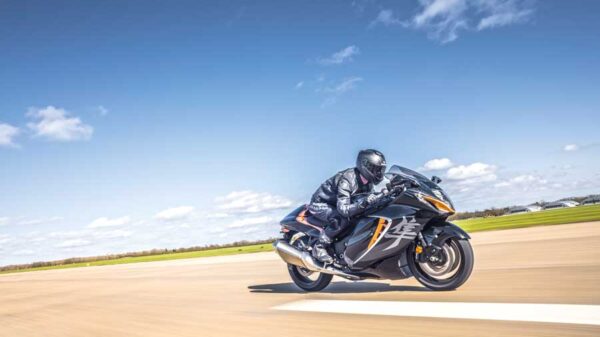 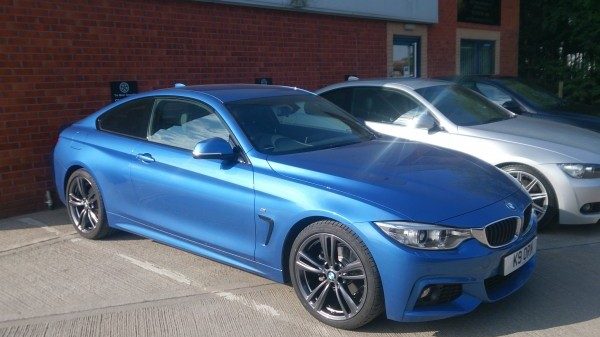 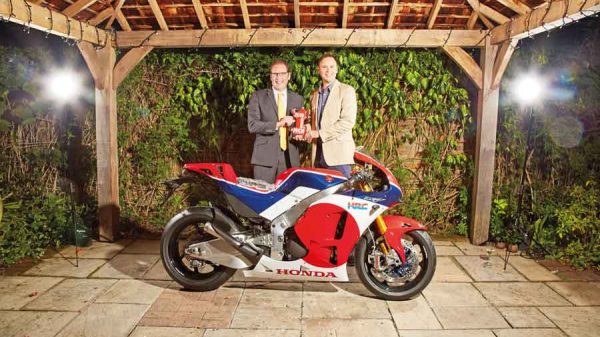 Accolades Across The Range For Honda At MCN Awards 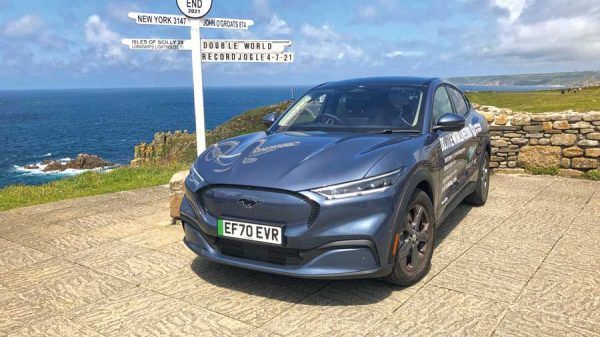 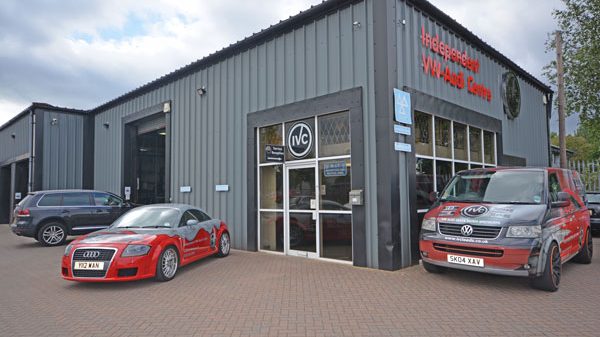 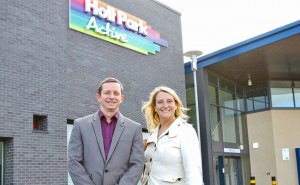 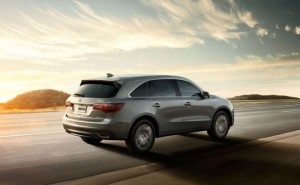