As the clocks go forward this month into spring, we enjoy lighter, longer days and hopefully more sunshine! Spring is a time for enjoying the outdoors, breathing fresh air and taking in the beauty of new life all around us, after the dreary winter weather we have been braving for the last few months. Although enjoyable all year round, one such place to take advantage of the longer days is your local park.

Leeds has many wonderful parks to choose from, all with their own charm and character. A much loved destination for the people of Leeds is Roundhay Park. It attracts around a million visitors each year who come to let the children play, jog around Waterloo Lake, walk the dog and enjoy all the park has to offer – not to mention the special events that take place there too. Sporting events and fitness groups make use of the land all year round, there is always something going on. If you have grown up in Leeds, chances are you have fond memories of happy times spent at Roundhay Park.

At more than 700 acres of parkland, woodland, lakes and gardens it is one of the largest city parks in Europe. This month we take a look at how Roundhay Park came to be, and some of the attractions and events that our readers may remember.

How the park began

As with much of West Yorkshire, the land that is now Roundhay Park was granted to William the Conqueror’s favourite, Ilbert de Lacy. During the 13th century the De Lacy family used the area as a hunting park. Succession saw ownership of Roundhay pass to John of Gaunt, then his son Henry IV. Thomas Darcy received ownership of the park in the 16th century from Henry VIII, and in the 18th century Charles Stourton acquired it through succession and marriage. In 1803 the land was sold by Charles’ nephew to Thomas Nicholson and Samuel Elam. The two men split the land between them and the northern part taken by Nicholson is what became Roundhay Park.

Many of the features we recognise in the park today were created by Thomas Nicholson. Industrial work had previously taken place on the land in the form of quarries and coal mines. Nicholson disguised these areas by creating the Upper Lake and Waterloo Lake. Upper Lake features an island, fountains and a waterfall leading to Waterloo Lake.

It is only 3-4 feet deep, and is full of White Clawed Crayfish, which have been re-introduced after dying out in the lake years ago. Waterloo Lake is so named because Thomas Nicholson employed soldiers who had returned from the Napoleonic wars to build the lake, providing them with much needed work and income. This lake took two years to create, covers 33 acres and on average is around 60 feet deep. Waterloo Lake was used for boating and there were trips in a steamboat named the Maid of Athens which was sunk in the lake when it was no longer useful. A third lake was planned in the area that is now the arena/cricket ground but Thomas Nicholson died before this could be realised.

The Nicholson family were also responsible for building the mansion house between 1811 and 1826. Built in the Greek Revival style with views over the Upper Lake, the family moved in to the house in 1816. This was a luxurious residence with ceiling heights in the principle rooms of 13 feet, three carriage houses and stables that could accommodate 17 horses.

The castle folly at the top of Waterloo Lake was a fashionable addition at the time. It was built by local builder George Nettleton and originally had a wooden roof and upper room. The Nicholsons used the folly as a summerhouse, sewing room and held dinner parties here too.

They also took an interest in the local community, building the Church of Saint John, a school and alms-houses in the area. Roundhay Park remained under ownership of the Nicholson family for most of the 19th century until 1871 when it was put up for sale.

A group including the Mayor of Leeds, John Barran purchased the land for £139,000. Barran was regarded to have purchased a “white elephant” and made fun of in various publications at the time, as the park was a long way from the city centre and could only be reached by the old turnpike road. Leeds City Council (Leeds Corporation) obtained an Act of Parliament on 21st June 1871 in order to purchase this vast tract of land, and paying the same price, they donated the estate to the citizens of Leeds as a public park.

Some of the estate was sold off for building, in order to recoup some of the cost, and local architect George Corson was awarded the task of landscaping the park. It was officially reopened in 1872 by Prince Arthur, to which 100,000 people attended. Barran’s Fountain – the ornate drinking fountain designed to complement the mansion was a personal gift to the park and is still seen today.

1891 brought the first ever public electric tram with overhead power in Britain to Roundhay Park, linking it with Leeds City Centre 3 miles away. This made it easily accessible for all and increased the popularity. Three years later the arena and cycling track were built. Waterloo Lake received an electric launch, the Mary Gordon in 1900, (named after the Lady Mayoress of Leeds) which took visitors on trips around the lake until 1923.

At this time electric boats were extremely popular on the Thames and this is where the Mary Gordon was built by Sergeants boat builders of Eel Pie Island. She was one of the largest electric launches at 52ft (11m) and could carry 75 adults. To celebrate the launch of the boat all the school children received a free ride in her for the first week which must have been a very exciting time! Rowing boats were also popular and there were boathouses, one with a café above.

In 1907 arrived a feature that, although no longer at the park, holds fond memories for a lot of our readers – the lido.

This open-air swimming pool was constructed at the south end of Waterloo Lake, below the dam. It cost just over £1600 and was built mainly by unemployed citizens. The height of its popularity was during the 1950’s and 60’s when around 100,000 people a year visited. There were changing rooms and diving boards and most remember that the water was freezing! The lido closed in the late 70’s as it fell into disrepair and became unsafe.

The First World War had an impact on the park. The hill overlooking the arena is known as Hill 60, which is to commemorate the Leeds soldiers who died in battles around Ypres. Soldiers’ Field is also named such because it was used as a parade ground and muster point for local battalions. Aviation pioneer Robert Blackburn had previously conducted test flights in 1909 and in 1919 established a small airport on the land running flights to London and Amsterdam. During WW2 many air-raid shelters were placed on the site, some of which are alleged to remain underground today.

Happier times were had at the Children’s Day that was held at Roundhay Park from 1922 until 1963.

This was the biggest youth festival in the whole of the UK with children from all the schools congregating for a fantastic day out. There was a Children’s Day queen, bonny baby competitions, maypole dancing and fancy dress parades. Schools would select children to represent them in exercise and P.E routines. Princess Elizabeth visited in July 1949 and was presented with a bouquet of pink roses by the Children’s Day Queen Joan Thompson. The children must have been thrilled to see the future Monarch on what was already such an enjoyable day for them.

Other memorable events have been the numerous concerts held over the years. Roundhay Park has hosted world famous pop stars such as Madonna and Michael Jackson.

Mansion House was leased out as a hotel and restaurant until its closure in 2004. A relatively recent refurbishment has seen the rear wings of the building open as an Education and Visitor Centre, with a café and function room also reopening which has proved to be a popular dining venue. The Lakeside Café is also popular and was completely renovated after being damaged by a fire in 2007.

Each year, Roundhay Park hosts a number of events in particular the Bonfire and Firework Spectacular which takes place on Soldiers’ Field. Thousands flock to the display annually and it is a fantastic family night out with rides, stalls, fireworks and an enormous bonfire!

As well as these events, there is always the park and woodland to enjoy, children’s play areas and beautiful gardens. Last year, Roundhay Park won ‘Best Public Park’ in the RHS Britain in Bloom awards. There are Canal Gardens, the Monet garden inspired by Monet’s painting of his garden at Giverny, the Alhambra garden and the Friends Garden to enjoy, all of which look stunning year round.

Popular with the children is Tropical World. The glass houses take you on a journey around the world in their different zones featuring exotic flora and fauna. Butterflies, birds and fish feature along with the meerkat enclosure and the nocturnal area complete with bats. This is currently closed for refurbishment and is sure to be just as popular when it reopens to the public.

The land train returned to the park last summer, running on weekends and school holidays which proved to be a big hit with the children.

Hopefully Roundhay Park will continue to create lasting memories for the people of Leeds for many years to come. Turn to next page for some local memories of times gone past. 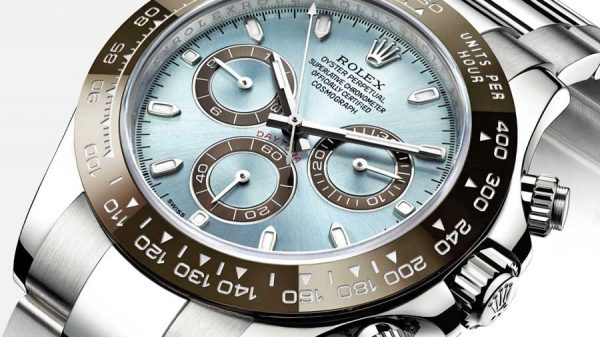 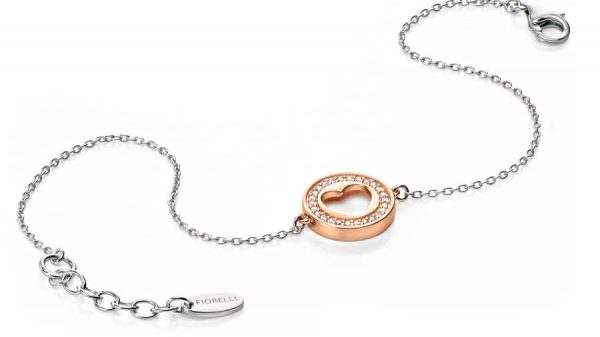 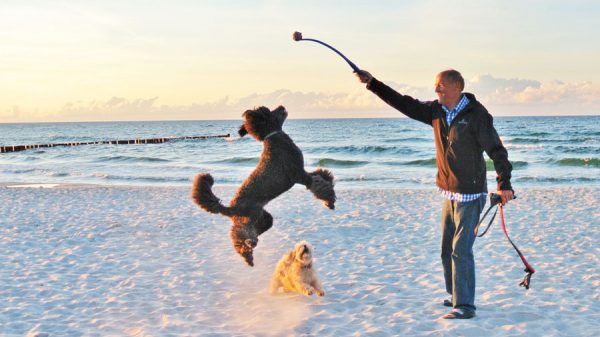 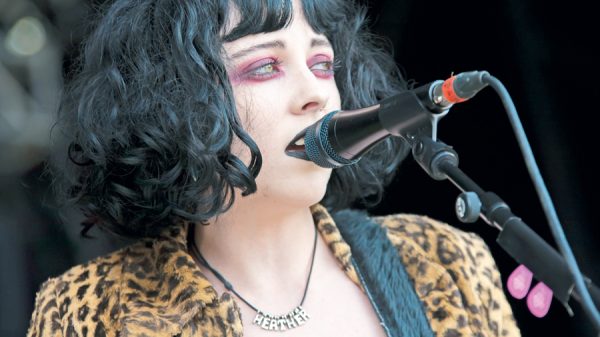 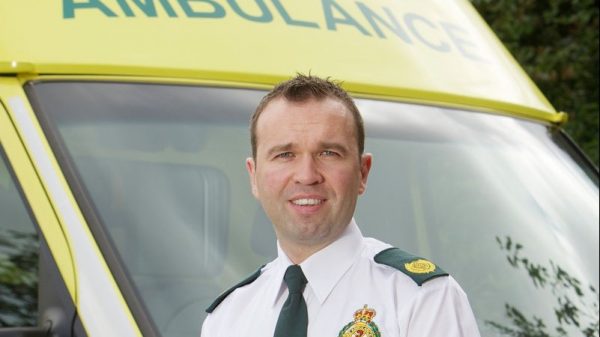 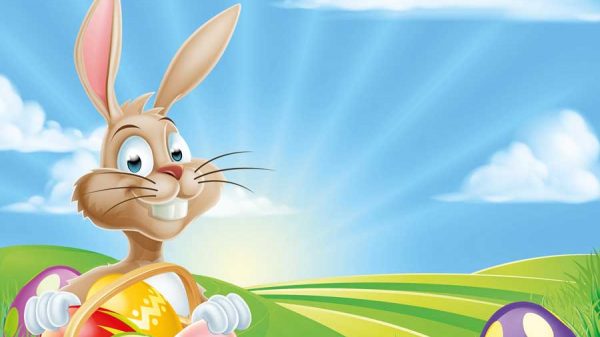 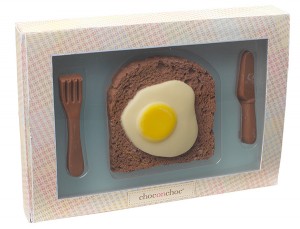 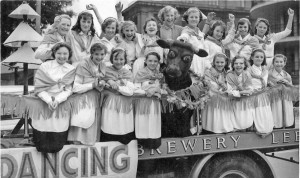